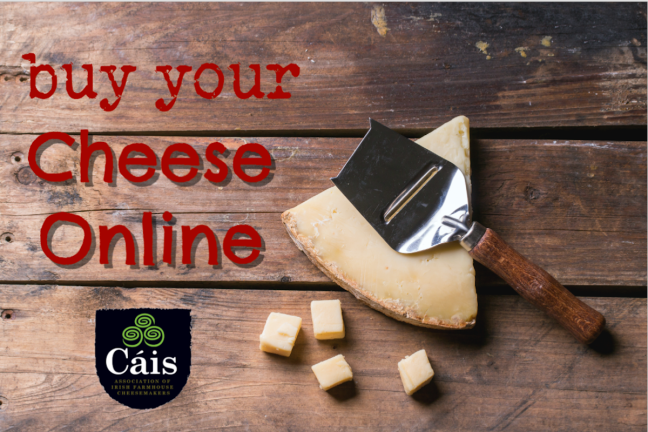 Can’t find your favourite cheese in the shop? Here is a list of places where you can buy Irish Farmhouse Cheese online and have it delivered to your home. Cheese is available from cheesemakers directly for your favourite cheese (first list). If you like to treat yourself with different cheeses, we recommend to check out online outlets (second list). Please note that the links will take you to the members/outlet websites as CAIS doesn’t operate an online shop. If we have missed a shop, online outlet etc, please let us know by leaving a comment or emailing us the details to caisfarmhousecheese@gmail.com

Members that have their own shop:

Cheesemongers still open (may not be online):

The winners of the 2019 Irish Cheese Awards were announced at the Black Tie Gala Dinner in The Metropole Hotel. Helen Carroll acted as MC and had the event running smoothly with speeches by CAIS Chairman Louis Grubb and Dan MacSweeney, Chairman of Bord Bia, who have been supporters of CAIS since its early days. We also like to thank Pallas Foods, Horgans and Traditional Cheese for their continued support over the years. Ornua Ireland joined the esteemed list of supporters and sponsored the judging event that took place in Bord Bia HQ in Dublin on 9th October. A list of all winners can be found here. Congratulations to Marion Roeleveld of Killeen Farmhouse Cheese for taking Supreme Champion for her 5 Month Mature Goat Cheese for Simply Better by Dunnes Stores.

A listing of events for farmhouse cheesemakers